On this episode of the Audience podcast, Matt is talking with Evo Terra from Podcast Pontifications. Evo is the author of Podcasting For Dummies and Expert Podcasting Practices for Dummies. He has also launched and run one of the first large podcast networks, and built a successful strategic podcast consultancy. From public speaking to podcasting, Evo has an amazing way with words and he shares a few of his pontifications and advice with us today.

Today, Matt and Evo talk about livestreaming, to social audio, to Evos’ advice about effective and efficient CTAs. He shares his knowledge and aptitude about the industry and his visions of what the future of podcasting holds for us.

“Will The Race For Podcasting's Profits Drive Our Dystopia?”: https://podcastpontifications.com/episode/will-the-race-for-podcastings-profits-drive-our-dystopia

The Energy To Create Your Art With Espree Devora 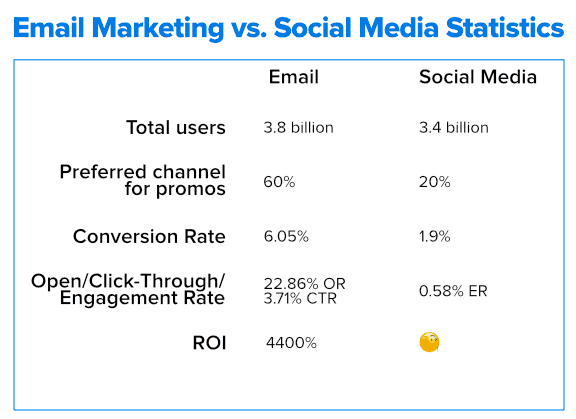 How Email Marketing Can Help You Grow Your Podcast

You're all set up with your microphone, headphones, and hosting software. You're creating awesome podcast content. People will listen to you because of that, right? Unfortunately, no. In the past year, podcasters have added 10.5 million new episodes to 150,000 new shows, bringing the total to 700,000 active podcasts with 29 million episodes. Competition is fierce, and you have your work cut out for you to compete with the best podcasts. But you can do it. And email can help. There are a few essential email marketing methods you need to get familiar with in order to actually see results. This article will give you a complete, step-by-step guide to how you can ensure your podcast succeeds with an effective email marketing strategy and tactics. But first, we'll dive into why this channel is important piece to your podcast marketing strategy. Why Email Marketing? It's simple. Email marketing works.Between $32 and $44 is made for every $1 spent on email marketing (depending on who you ask). 49% of consumers say they're happy to receive promotional emails from the companies they ...

Thoughts on using video to grow your podcast

In the last episode we talked about Tom Webster's approach to using YouTube for growing your podcast. A quick recap of that is: Use Youtube because it's a powerful search tool for topic heavy podcast episodes. Make your show more shareable; leverage something other than audio to do that. After shipping that episode, I felt like, while it was great I said we should be considering video -- I didn't really get into how you could that for your show. More specifically, if you're already neck deep in producing your weekly audio show, how the heck are you going to find time to do video. I think for a lot of us, and I'm guilty for encouraging this, the "just ship it" method is great. Grab your phone, grab your earbuds, start recording and get your content out there. Once you can start to measure your shows success, that's when many us start investing in better audio tools. Wether that's an upgrade to your microphone or spending $300+ on Hindenburg or a Descript subscription. Both tools, by the way, I cover on our YouTube channel, youtube.com/castos https://www.youtube.com/watch?v=4U_g8a9aNFA Where am I going with this? The novice audio creator, you and me, find ourselves tasked with creating better audio and better shows as time marches on and suddenly Edison research data says…hey, do video too! It's a big lift. So what can we do, the solo creator, do to help make this whole video thing easier and why? Back to the Why for a second… Aside form the quick key points mentioned earlier, I think it's healthy to make your why all about the audience. Why do we want to augment audio ...

On this episode of the Audience podcast, Stuart talks about a different type of podcast. While most of the Audience podcast episodes focus on podcasts and podcasters who want to glean financial value and brand awareness from their work, other podcasts originate from a group of friends hanging out.  Today, Stuart focuses on a few podcasts which have started off that way. Renee from the ConspiraTea Podcast and Gavin from the What Kind of Monster Are You Podcast share their formula for success and how their podcasts have helped their friendships evolve. This begs the question, do you and your friends have a podcast in you? If you have any questions about this episode or want to get some of the resources we mentioned, head over to Castos.com/podcast. And as always, if you’re enjoying the show please share it with someone who you think would enjoy it as well. It is your continued support that will help us continue to help others. Thank you so much! Never miss another show by subscribing at castos.com/subscribe. Today you’ll learn about: The effectiveness and challenge of gleaning value from podcasts The different approaches to podcasting ConspiraTea: Starting a podcast...that already existed outside of podcasts ConspiraTea’s research process and how to create a podcast that feels like a conversation How improv and podcasting with friends are similar  What Kind of Monster Are You: Turning conversations into podcasts ...